It’s not about relationships and sex. It’s a map of human consciousness.

We could Foolishly start at the beginning of the Tarot. Nah, let’s skip ahead to my favorite card of the Kabbalistic Tarot, The Lovers.

Not all Tarot Decks are equal. Some are Kabbalistic, and are derived from the Golden Dawn decks, which tradition says are hundreds or even thousands of years old. Two examples are the Rider-Waite and Builders of the Adytum decks, which include 56 numbered and court cards split into four suits (called Minor Arcana) and the 22 Trumps (called Major Arcana). These can be called Kabbalistic because the number of cards, their numerical values, correspondences, graphic symbolism, and their layers of meaning are all rooted in the ancient metaphysical art and science known as Kabbalah.

Most well-known as a Jewish mystic tradition, Kabbalah can be found in whole or in part in the ancient mystic traditions of nearly every culture. This is because Kabbalah deals in Universal concepts and tools that are relatable to all things. Oral tradition states that the Kabbalah is actually older than our species. We had it with us in some form when we first made our appearance on this planet. The word translates from ancient Hebrew as, “to receive” or “that which is received,” meaning that the experience of Kabbalah comes with tradition and personal experience. Whatever ideas you may have about this system, you must know that it is very old and has been carefully passed down through the ages. For many, it has been a powerful tool for understanding life, creation, and our own nature. 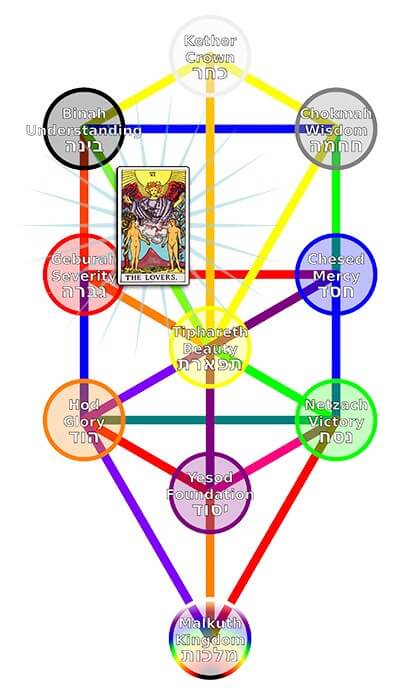 When we first look at The Lovers card, it appears to be about relationships, nature, desire, and sex. That makes sense on the surface, but that is not where The Lovers are coming from. This card or “path” is placed far up near the top of the Kabbalistic Tree of Life, far removed from physical reality and our bodies, and even further, beyond even the realm of the personality, crossing beyond the limitations of existence as we know it. [dramatic music swells]

This card crosses “The Abyss” between the world we as humans can know, and that which is beyond our comprehension. Yes, we can work with The Lovers to express expansive experiences in relationships and with sex, but that is not the best way to comprehend the story The Lovers are here to tell. The Lovers are a map of the enlightened mind. They are naked because our inner masculine and feminine nature exist here innocently in their pure and uncorrupted state, closest to the highest vibrational powers.

Symbolically, we see four main characters: the Angel, the Woman, the Man, and the Snake. We also see the Tree of Knowledge of Good and Evil from the Book of Genesis, and we see a tree in flames. Above is a radiant sun, and below is a single mountain peak. There are endless ways to interpret these important symbols… each has multiple layers of significance. What I want to focus on here is the specific process this card in its entirety is describing… the primal nature of human consciousness.

The Angel represents the realm of Spirit, or the infinite aspect of ourselves. Edgar Cayce (mystery school initiate and Kabbalist) referred to this aspect as “superconsciousness.” This is the part of us that is connected directly with the essence of all things, sharing in a Universal experience. It knows what the Great Plan is, and it understands its nature and its place in the Universe. 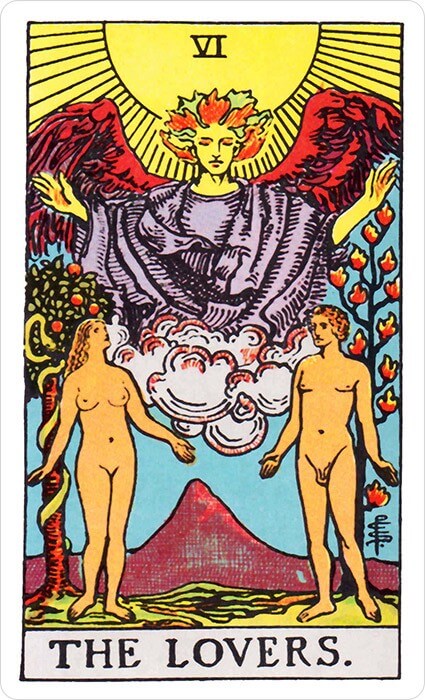 As we exist here in our physical bodies, we are largely disconnected from the direct experience of superconsciousness. Some of us get vague and fleeting impressions, as if through a veil which is symbolized in The Lovers card as the cloudy wisps under the Angel. The Angel’s hands are held apart over the male and female figures, showing the necessity of the separation of the genders. This prime duality of gender is critical to manifestation.

The woman is on our left, the receptive side and the side of form. Her gaze is focused upward toward the Angel. This representation of pure feminine is our conscious awareness or the part of us that is self-aware and awake in the world. By looking up toward the angel, she is keeping her focus on the potential of what she could be rather than the minutia of the mundane world underfoot. The Lovers tells us that the role of the conscious mind (or our feminine nature) is to desire that which we are striving to become.

The man is on the right, the active side and the side of force. His gaze is focused on the feminine/conscious aspect (can you blame him?), and he represents the subconsciousness. This is the program that runs in the background without us being aware of it. It is his job to observe the desire of the feminine consciousness and to provide the opportunities for this desire to be fulfilled. The Lovers tells us that the role of the subconscious mind (or our masculine nature) is to bring about the fulfillment of conscious desire.

In summary, this is the primal pattern of the human mind in balance:

These ideas are contrary to what many of us have been taught. We are trained to use our conscious minds to solve problems. We analyze the limited input we receive through our senses — senses that are so easily fooled by ignorance or fear of pain. Then we define options, create a formula to weigh out these potentials, and then we commit to a path, eliminating all other possibilities. We call this the “practical” and “reasonable” way to move forward.

There is truth to this on a certain level of consciousness, namely the lower vibrational states of matter and stuff. However, the expanded consciousness abandons this slow crawl toward a moving target. Instead, we become aware of what could be, and we use the conscious mind to desire this outcome intensely with unwavering focus. This is not the same thing as the attachment to an outcome. This is a burning passion for becoming something more without eliminating any of the potential pathways to the desired outcome or the possibility that the objective may change along the way.

All the while, the subconscious is listening to this desire, becoming a force for its fulfillment. He gathers far more information than our limited awareness can hold, sorts it, and literally designs opportunities where none existed before. So much potential is swirling around us and the subconscious mind brings the best opportunity to the front and sets this path before our feet. The conscious mind can then step forward without ever shifting her gaze of desire away from the higher potential. This is how we are designed to create and to move through this world. This is the mind made in God’s image.

Thank you, The Lovers, for sharing this very important message with us who seek your wisdom.

Is there anything The Lovers would like to add to their story? Oh yes, but we will need a little help from their friends: Death, Temperance, and The Devil.

Continue to The Lovers Unveiled (part 2). 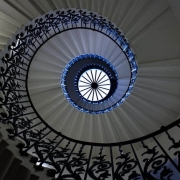 When Stepping Back is Moving Forward 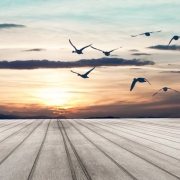 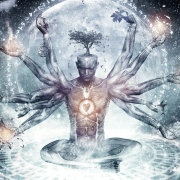 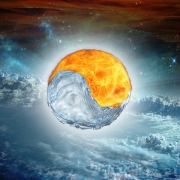 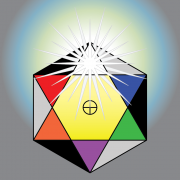 Prayer in the Center 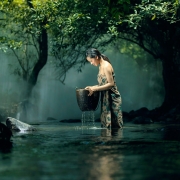 The Lovers Unveiled (part 2): The Devil, Death and Temperance
Scroll to top